That was the subject line of a recent PW Children's Bookshelf email, and I sent the bulletin straight to my trash folder. I don't know anything about Jenna Bush outside "news" reports that she partied hearty in the early days of her father's first term. She may be very bright and entirely capable of writing (or taking public credit for if there's a ghostwriter) a good book. But I was working on a proposal that day, wondering whether the publisher I was targeting would even recall sitting on a conference panel with me a few years back, and the teaser just rubbed me the wrong way.

I've since read that JB's attorney started shopping the proposal for the book Ana's Story early this year and that it will hit the shelves by October (wow, that's FAST). The book grew out of the First Twin's work with UNICEF in Darfur, and the HarperCollins PR machine bills it as a "powerful and personal nonfiction account of a girl who fights against all odds to survive" as she lives with HIV. I have to say that attaching a young Bush's name to a book with this subject matter is brilliant. It can't miss. Even if it does.

But let's face facts, fellow writers: Could there have been even the slightest question as to whether the manuscript would be purchased, published, and heavily marketed? The whole big-name-as-children's-author scene makes me tired on so many levels, whether I think about it as a writer, editor, reviewer, reader, consumer, or voter. To the point of my feelings as a writer, though — it's tough out there. Every big-budget book created to sell a personality, album, movie, or political agenda chips away at the quality of available literature, not to mention the morale of the work-a-day writer.

Listen, I won't even try to pretend that I think all celebrity books are junk. Some are quite good. And many industry pundits believe that any spike in book sales, whatever the reason, is good for the health of children's publishing. But that doesn't make the fuss over each new celebrity title less annoying for those of us in the real-life trenches of the marketplace.

Check out my big fat list of celebrity colleagues. It's something else!

I'll let the list stand alone — with a big "SERIOUSLY?" implied next to several names — as the sum of my own commentary on the issue. And I'll throw in a few highlights from a 2004 Pittsburgh Post-Gazette article: 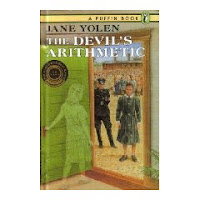 Wildly gifted, real-deal children's author Jane Yolen said, "Celebrity children's books eat up all the available oxygen . . . I have over 250 books out, have won a great number of awards within the field, have been given four honorary doctorates for my body of work, but have never been on Oprah or spoken to Katie Couric or gotten a $100,000 advance for my work."

The same article references a Madonna quote about why she got into writing kids' books in the first place: "I'm starting to read to my son," she said. "But I couldn't believe how vapid and vacant and empty all the stories were. There's, like, no lessons. . . . There's, like, no books about anything." (I admit to italicizing the "likes" in this quote for sport. But I've decided to refrain from pointing out the tense shift and examples of subject-verb disagreement.)

Yolen's funny follow-up addresses the perception by just about everyone that just about anyone can write for children. (I mean, how hard can it be to type up 750 words about a teddy bear or being a friend?)

She said, "I am not complaining. I do very well by the ordinary parameters of the field. But I have been thinking about getting out my pointy bra and brushing up on my singing and dancing because there's no good pop music out there."

Email ThisBlogThis!Share to TwitterShare to FacebookShare to Pinterest
Labels: Business of Writing, Rant