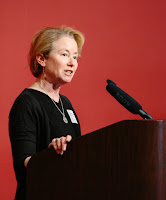 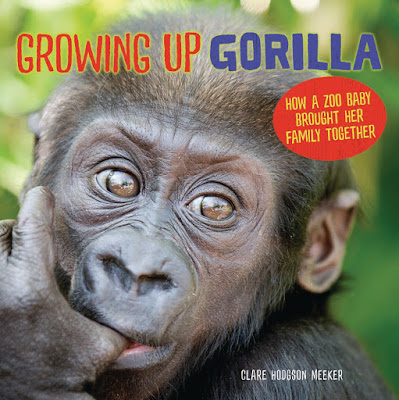 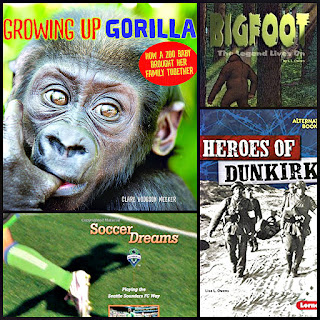 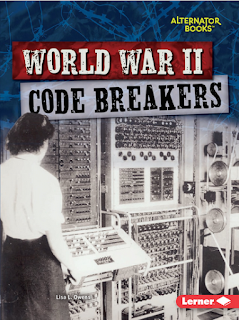 The book, one of four titles I wrote in Lerner's Heroes of World War II series, was designed to cover quite a bit of specific wartime history in a necessarily shorter format. That meant this particular historical Hero Highlight sidebar story had to be told in just a couple of paragraphs. I think there's just enough intriguing factual information in the passage to inspire kids' imaginations and fuel the activity. Readers can use what they've learned about the processes of creating and cracking codes (including the historical context in which they are presented) to take the creative leap of visualizing and writing an exciting fictionalized scene about Ms. Grotjan Feinstein's history-making a-ha moment.

As a complement to the LitLinks piece, I thought it would be fun to offer an add-on activity here at my blog. Treat the following as a warm-up exercise ahead of reading World War II Code Breakers. Or, during the prewriting phase of the main project, use it as vehicle for giving kids some fun hands-on experience to further inspire the writing and illustrating of a fictionalized scene about a real-life wartime code breaker. 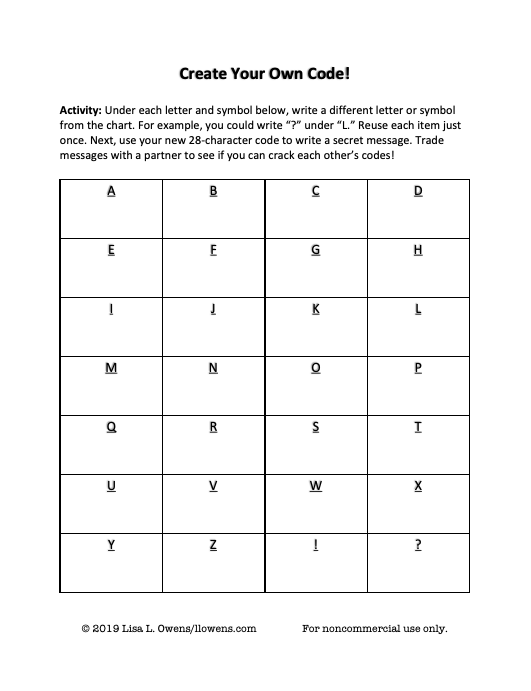